Mystery town math is a mystical app that gives the player the thrill of starring in a fairytale-esque setting while learning to solve several math equations. 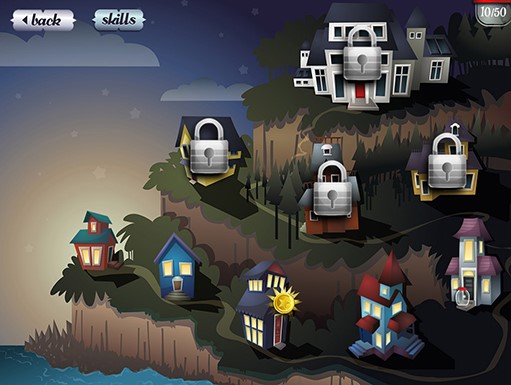 Mystery Math Town is a combination of learning math skills along with the fun of playing games. It is the first math app that features talking portraits which is absolutely engaging and reminiscent of the magic at Hogwarts. Artgig Apps, makers of Marble Math, and other favorites have come up with this fun and challenging app focused on kids aged five and above. Parents should be delighted to get their hands on this engaging app that makes their young ones want to learn and do more math.

Kids must solve several equations and math puzzles to help a tiny friendly ghost find fireflies from several rooms of the townhomes. It sends the kids on several missions through creepy Gothic and Victorian homes to find the glowing fireflies. This app aims to get the player to finish the mission with his skills tested mathematically. An instruction page regarding the strategy and a small back-story about the town and its inhabitants is provided too to make the app more fantastical. 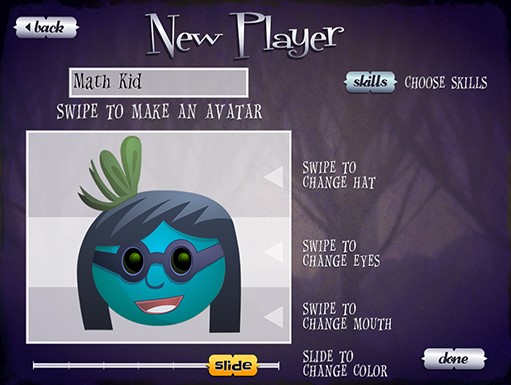 Multiple player profiles are supported in the app. Each player can enter their names and create their own avatar by sliding the available facial parts across the screen. There are several fun options like mustaches, French berets and buck teeth to let the player's imagination come to life. Parents can adjust the profile to target the skills appropriate for their child to work on. Addition and subtraction range from 1-10, 11-20 and 21-50 whereas the multiplication offer ranges between 1, 2, 5 and 10 tables, or if your kid is up to it, the whole 1-10. The app can be rated to have an overall high quality for its ability to keep the kids focused while challenging their mathematical prowess.

Each house is meant to be searched one at a time. The player can discover great rooms, ancient attics, and old basements. The app allows the player to move between rooms through doors and windows and can even use stairs to go up and down. Various fun sound effects are heard by tapping objects and portraits that add to the mystical setting. Apart from catching the fireflies, the player can revisit homes and collect gold coins to fill up their personal gallery of talking portraits. These portraits, which are collected in the gallery, reveal several fun facts about the town and its residents. 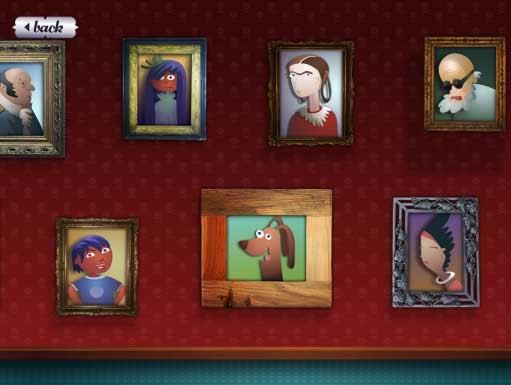 The game starts off easy. In the beginning, the equations are solved easily with numbers presenting themselves readily. As the players advance to a higher level, the problems get trickier and trickier. There could be multiple ways of solving the problem and also the possibility of not having the right number at all. However, the player can use a lifeline or swap the numbers available in his drawers for better ones. The setting also allows them with an option to include dice and tallies which makes the game even more challenging. 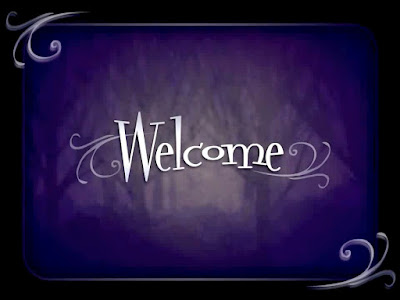 Compared to Marble Math, where a player's proficiency is measured by the tilting of an iPad, the success in this game is based on the player’s mathematical thinking. There is no time limit involved to solve the problems so the player can take his time without the added pressure. The game has been built in such a way that solving the problems doesn’t become boring. The thrill factor in the game including the dramatic setting and the overall mood could make the player almost forget that he’s doing math at all. The talking portraits and the sound effects are the cherries on top. The modes, however, maybe too easy for older students who are better at math. In the future, if the game can introduce a difficult mode with multiple signs to be used in a single equation, it could be more challenging for them and a way to test their capabilities.

Math is the need of the hour and every kid should be able to solve simple mathematical problems. However, there is no magic pill that can be taken for a person to get better at math. The only way to get better is to keep practicing and tackle as many problems as possible. This Mystery Math Town game created by Artgig Studios is a fun way to keep the kids engaged while boosting their capabilities in math. It makes them understand the basics of solving mathematical problems while giving them the thrill of playing an engaging game. The best part of the game is that the Ghostbusters can always go back to collect the coins after they get all the 50 jars of flies.